Have you ever tried Asian sweet potato noodles? It is a savory and delicious Korean dish that was once served to royalty in the 17th century. Eventually, it became a popular celebratory dish served at weddings, birthdays, holidays, and other special occasions. Also referred to as Japchae, potato noodles are perfect for serving large crowds for parties, banquets, potlucks, and other large gatherings. It is a highly versatile dish that can be served warm, at room temperature, or cold from the refrigerator.

Typically served as a side dish, Asian sweet potato noodles are a favorite on our menu. They add flavor and substance to any main course they are paired with. There is a rich and fascinating history associated with potato noodles that adds to our authentic take on the dish. 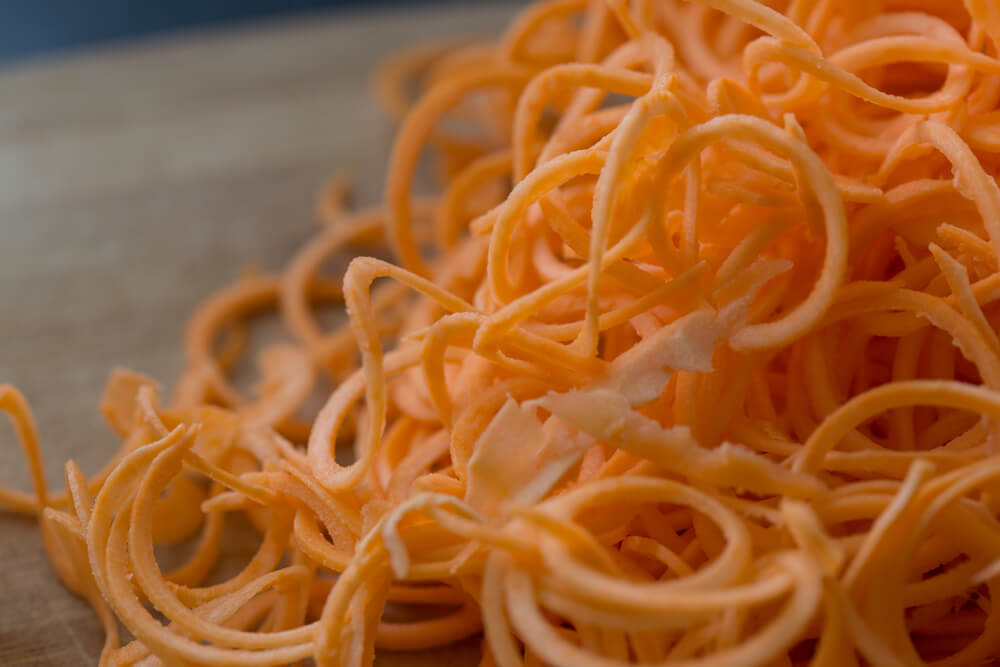 The Korean word Japchae is derived from two syllables. Jap is the first syllable and means “mixed”. Chae is the second syllable and means “vegetable”. When it was first introduced in the 17th century, the name referred to a stir fry with vegetables and mushrooms. It was first created for King Gwanghaegun’s royal banquet. He enjoyed the dish so much he offered a high ranking position to the chef who made it named Yi Chung. The position was equivalent to a modern day secretary of treasury and Japchae became popular among Korean royalty. At this point, it was considered a luxurious dish made without noodles or meat but included shiitake mushrooms, radishes, cucumbers, and other asian variety vegetables.

Popularity of Japchae soon spread to commoners late in the 20th century when sweet potato noodles were introduced to Korea from China. Now, they are an important fixture of this asian fusion dish with meat and vegetables additions enjoyed by many around the world.

Sweet potato noodles are a type of cellophane noodles made from sweet potato starch and water. You may also be familiar with similar varieties like glass noodles, vermicelli, or mung bean noodles. Buddhism played a significant role in the first potato noodles recipe lacking meat. The Koryo Dynasty forbade the slaughter of cattle for consumption in alignment with Buddhist belief systems. This also plays a role in the unique combination of various Asian vegetables in this dish.

Many Korean dishes are based on 5 elements of East Asian cosmology that are reflected in 5 colors in a dish that include:

The use of beef was rare in Korean cuisine outside of nobility until recently. It wasn’t until the Mongol invasion of the late 13th century that established cattle breeding and beef consumption as commonplace. The Mongols also brought noodles made originally from wheat and buckwheat. Eventually, as tubers came from Japan in the 1760s, sweet potatoes became an important staple in the population diet as a famine relief food that grew well in rocky soils. 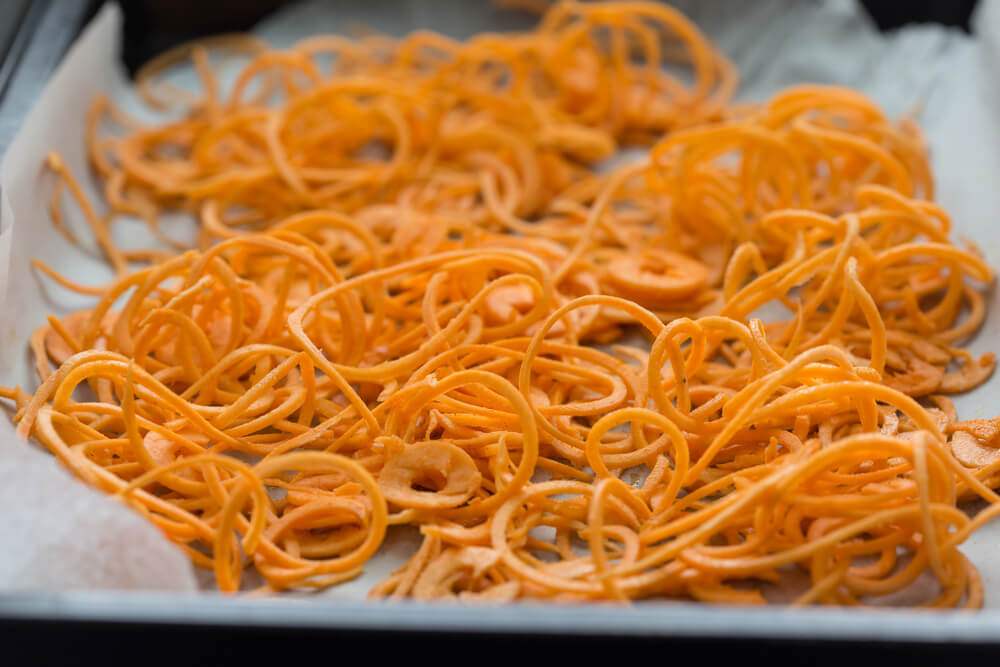 Often used as for large gatherings, Asian sweet potato noodles are also great as a light lunch, part of a big meal, as an appetizer, or a quick snack. These chewy, healthy, and flavorful potato noodles can be found in almost all Asian markets and are quick and easy to make. Try this simple recipe that makes between 4 – 5 servings at home the next time you are looking for a unique Asian dish:

You’ll find this wonderful potato noodle dish on our restaurant and take out menu! Featured in both the Eater Magazine and Miami Herald as the go – to Asian Fusion locale in the area, you won’t be disappointed with our take on this culturally rich dish. Gather family and friends to surround yourself with a beautiful Asian inspired ambiance and choose your combination of Asian style vegetables and meat.

Don’t feel like cooking at home? Were excited to be opening for dine in service while adapting a number of operating procedures that meet the needs of COVID regulations. We will continue to follow these guidelines for the safety of both our guests and staff to serve you the best in Asian fusion cuisine Miami has to offer. These guidelines are in alignment with CDC and state regulations:

We welcome you back to come and fully experience a Asian sweet potato noodles with family and friends to make new memories with us you will never forget. With an Asian Fusion ambiance, you’ll be impressed with our dedication to good taste, relationship building, and delightful food. You’ll also want to check out our best selling Peking Duck, Grilled Lamb/Beef Skewers, and our variety of Hot Pot dishes. We are committed to providing excellent customer service options through our restaurant gift cards, happy hour specials, private dining rooms, and take out menu.

Let our kitchen be your kitchen away from home and make your reservation today!

READY TO BOOK YOUR TABLE?

There are four private spaces available for lunch, dinner or indeed at any other time like receptions, presentations or brainstorms. In addition the restaurant is available for breakfast & private hire as are all the other spaces.